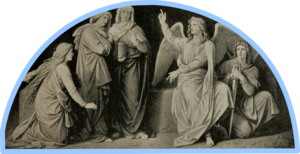 Truly, the onion was peeled slowly here. I had a beginning encounter with a baptist church and the things of God up to when I was eight or nine, but I had almost no idea what I was doing, what certain things meant, and what related things would happen in the future.

To start at the beginning, I remember certain songs sung at church, and I loved the game where everyone raced to get to a certain verse of the Bible first! At the time, I loved the atmosphere, and I liked going to church, but I don’t think I really understood what was going on there, and what the Bible and Jesus were about. I wanted to get baptized in the big pool at the church, but my family moved to New York before I had a chance.

I then went about seven or eight years without really thinking (at least to any large extent) about God or the Bible. No one really mentioned it at school at all, my parents didn’t really focus on church at New York, none of my friends talked about it, and it certainly wasn’t mentioned in the classrooms to my recollection. Through this experience, I never really considered that the Bible was intellectual. It wasn’t that I thought it couldn’t be, or that I was opposed to it, I was just really confused and looking for answers, and it never occurred to me that intellectual questions could be answered by verses in the Bible.

I’ll fast forward to when I was about 17 or 18. I was just fresh out of about one year of marriage counseling without ever being married. I wanted to find out how to avoid divorce. I learned amazing things about communication, healthy relationships, and making yourself the best person you can be, and going on that journey of life with someone else. I then started learning everything and reading a giant number of books. I wanted to be well rounded and knowledgeable in many different things, so that I could help people in a ton of different situations.

This is when my father told me to simply try reading the Gospel of Jesus Christ: Matthew, Mark, Luke, and John. I thought, “I love reading books, and this is another book, so I look forward to what it has to say!” I remember starting to read the book of Matthew, and being mesmerized. I thought, “No man ever spoke like Jesus! No one was ever this wise! He can’t be a regular man or a character in a fiction story!” I read over the rest of the Gospel and was immediately overtaken by a love for the Gospel. 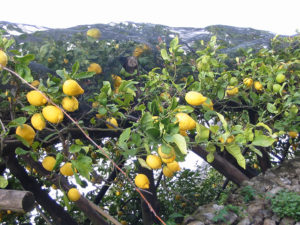 Also, at this time, I felt as if something was different. Looking back, I almost felt like a certain spiritual presence was there as well. It took me a little while to understand exactly what was going on here. I think it had something to do with both John 7:17, and the fact that when I believed the words of Jesus, I started to feel what I would later understand as the tangible spiritual presence of the Holy Spirit.

The story definitely goes further. For the next six to seven years, I obsessively learned as much as I could on everything, while I was in college, and afterwards. Even though I would say to finish this article before moving on to the one in the link, I speak about this learning journey a lot more, here. After learning as much as I could and seeing that I found absolutely nothing concrete that could dislodge the Bible from truth as much as I had discovered to that point, I then began wondering something even deeper.

I wondered more past the truth of the Bible. I wondered if anyone had ever experienced miracle healings, had prophesied and heard the voice of God, or had cast out demons. I wondered, “Who is the best person in the world as far as hearing God’s voice? Does this happen, and if so, I would love to question this person and learn from them!” I started to research, and at first, I didn’t find anything. Google isn’t always as good as we think it is. Without going into a diversion on the relationship between finding truth and search engines, I’ll continue with the story. I didn’t find much at all about this kind of a thing, until I saw some video suggestions on the side of a video I was watching on YouTube.

The were videos of people who died and went to either heaven or hell and then came back alive. If you search this kind of thing on YouTube, you can find a lot of testimonies.

I then found Sid Roth’s TV Show, It’s Supernatural. I then learned of Pete Cabrera Jr (his awesome book), Tom Loud, and Todd White online. Lastly, I found The Last Reformation (and website). I started to see miracles happen over and over again on video. Some people shoo this off as nonsense, but after eight years of obsessive learning of everything I could in the library, with mentors, and with experiences (without Facebook, television, or partying), I knew (to the very best of my knowledge) that there was nothing in verified truth to oppose these things. It was consistent with the world I learned about. I later learned even more about how intellectual things and science support this. This knowledge will catalogue my websites. There is a strange balance between knowing that we can’t know everything, and cleverly leveraging the knowledge we do know to arrive at a conclusive decision, similar to a proof by contradiction in mathematics.

I was thirsty for more, so I watched all twenty videos of the pioneer school (approximately two hours each) on The Last Reformation website. I then (after coming back from a vacation in Italy), got baptized for the first time. After I got baptized, I started experiencing miracles and the gifts of the Holy Spirit, including the sensations of John 7:38 directly after being baptized before I realized what the scripture said. These things were real and defied probability (the very thing I more or less majored in in college).

I started to hear God’s voice and hear things about others that I could not have known. I started to have the Holy Spirit inside of me observably change my emotions and wants/desires often. Things would come to my mind that did not originate from my own thoughts. I also saw some miracle healings. I knew through probability and living with the Holy Spirit, that I was not imagining these things. So many things were happening to me that didn’t originate in my own mind! I learned some important lessons with all of this.

I learned that there are some things in Christianity that are very important that even many Christians may not understand. I learned that you cannot just say “I love Jesus,” and then do absolutely anything you want. I learned about how important it is to “know” God (Yada in Hebrew and Ginosko in Greek), and what that means, to an extent. I learned the spiritual reality of Christianity that many do not even know exists. I started to learn the actual characteristics of God/Jesus Christ not just from reading the Bible, but from tangibly interacting with Him through prayer. I started to see miracles, and I realized that the potential of what can be done in this world is more than we can believe, if we believe. I learned that to unite Christians and to be holy, we need the supernatural guidance of the Holy Spirit. I learned the many powers behind fasting, and I learned an incredibly amazing lesson.

I learned that many hate/oppose Jesus/the Bible, based on lies. They think they know about Him, when they don’t actually know Him. If they actually interacted with Him and knew Him and spent time with Him, they would know that He is perfect, and that there is no darkness in Him. What would you think if spiritually He revealed scripture to you, before you knew that scripture said that?

I understand now that in order to abound in supernatural power and grace, we must reflect God’s nature of love, and we must spend time with Him, know Him, grow in grace and faith, and let Him transform us in His image, and let His power flow through us, as we do things according to His ability, not our own. This doesn’t dehumanize us or make us into nothing, it allows us to accomplish tasks that before would have been impossible. It allows us to go farther than our natural ability.

I am pursuing these things more and more as well as knowing the Holy Spirit (a person not a force) more. These things are what my website thirstyforlivingwater.com will be about! I can’t wait to write more!

Glory be to God! Let others mock us! Let them attack us and slander us! We believe and in so much, nothing is impossible. There are beautiful stories in fiction of someone who believes in ancient prophecies that almost no one else believes in. Then, when evil overtakes the world, they as an underdog, release the power of these prophecies. This in turn transforms the world, to a large group of awe-struck observers.

Let us be the same! Let us bring to fruition all that is possible in the love and grace of God, to destroy the works of evil and to bring heaven on earth! Let us grow in intimacy with God, and in so much, let miracles, the fruit of such a relationship, flood this world! We believe in the ancient prophecies that will save this world. Let us not sit by idle! Let’s help bring the promises of God to fruition! Let us show those who doubt, how correct that doubt really is, not only with words, but with the power of God. 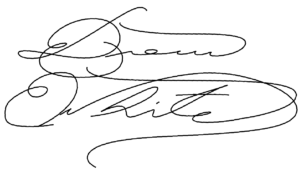